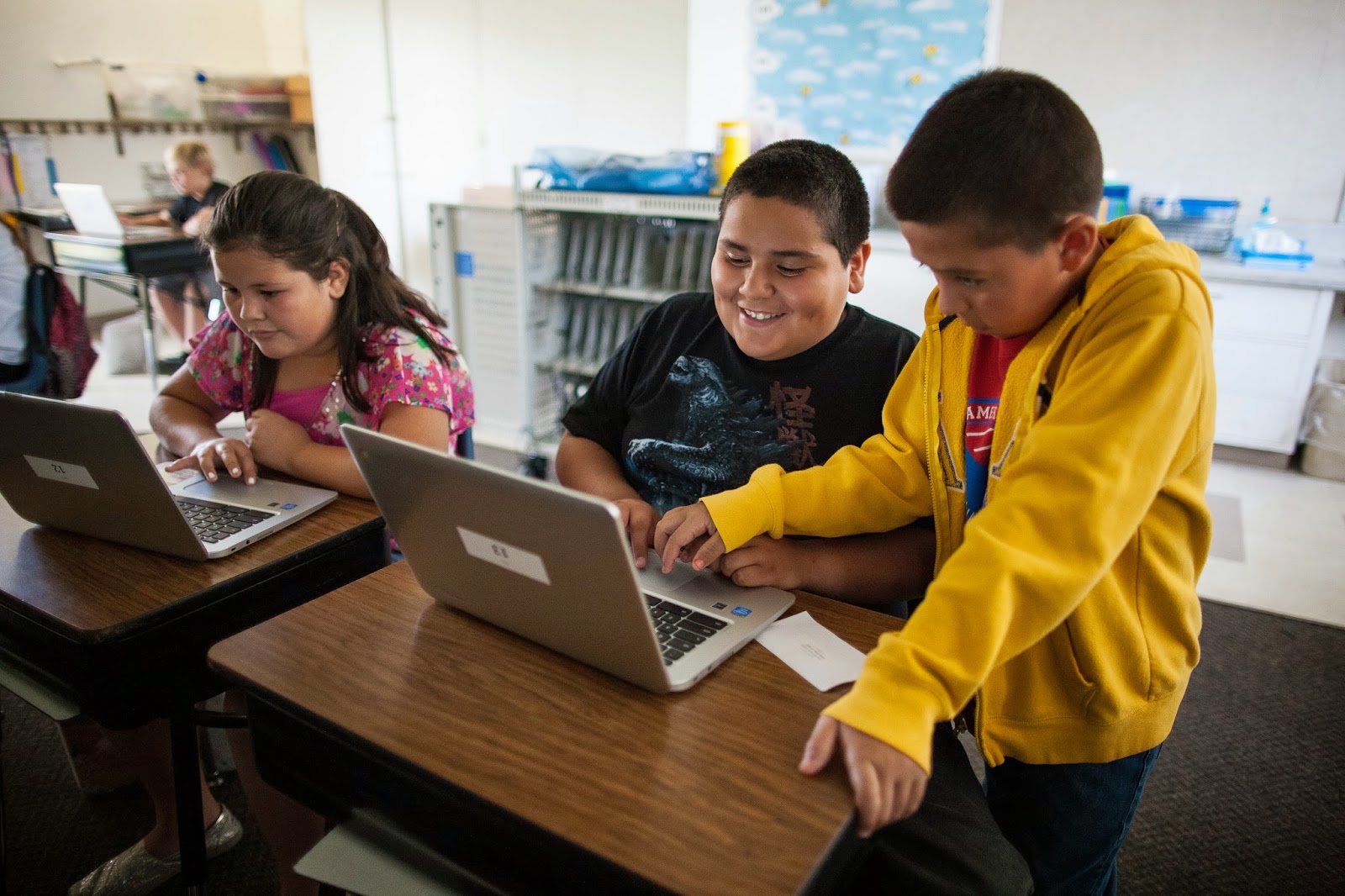 This week in technology, we’re [still] researching and resolving an issue with our chromebooks, where users experience a black or blank screen when students attempt to sign in.

The curious case of the chromebooks began with reports of kids not being able to log in, or having to login using another chromebook (at which point it would work) to be able to access their Google accounts.

The real challenge with a problem like this, is that the behavior is not consistent. As time went on, we looked at several likely scenarios, and began troubleshooting and enabling fixes.

Our first thought was that perhaps in the switch from our old domain to the new one somehow created profile issues with the chromebooks, and so we attempted to fix by clearing sign-in cookies from the student accounts. 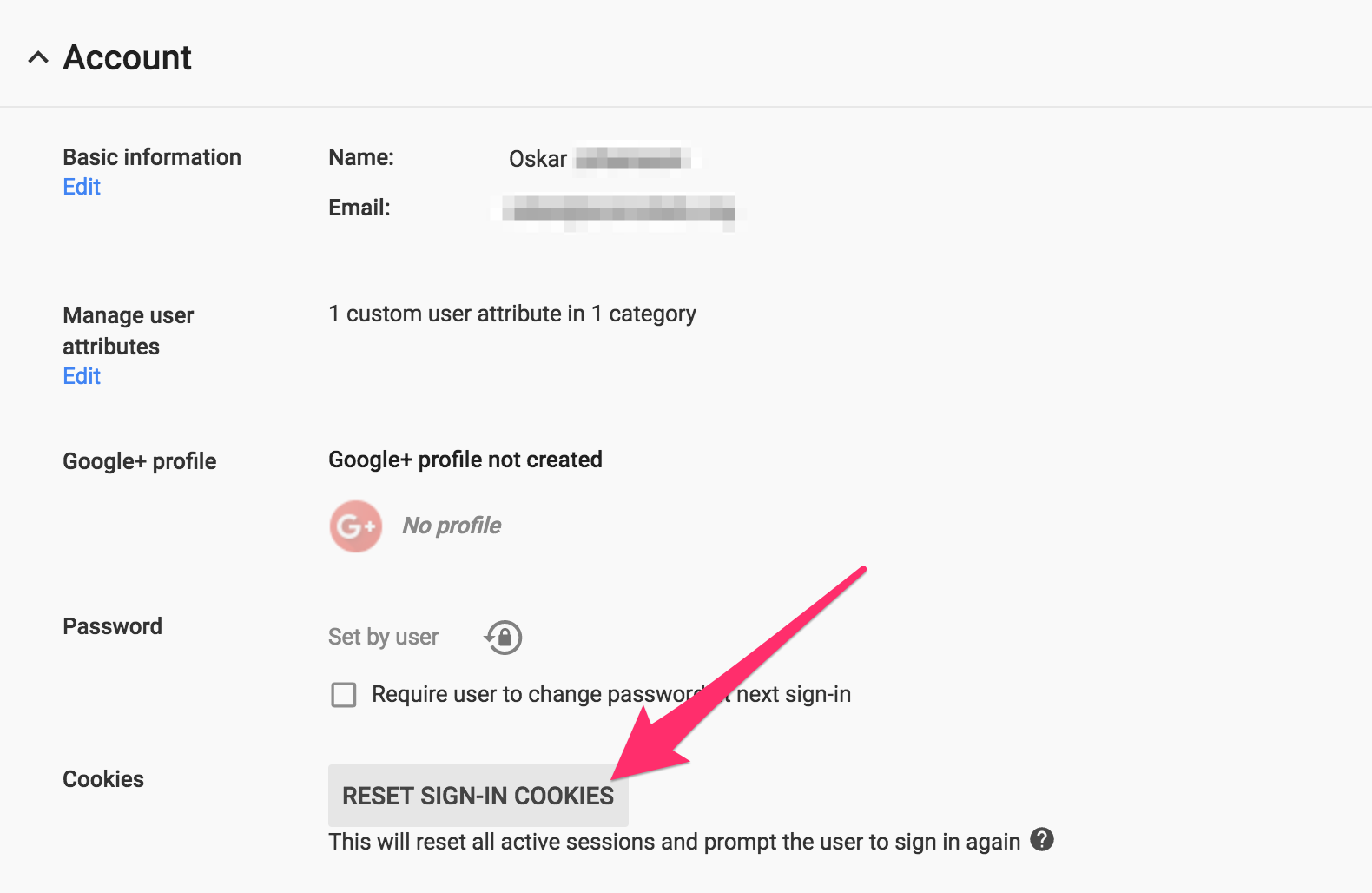 Time consuming to say the least, as there’s not quick way to bulk clear (as far as we know). We’d like to see a solution for this regardless using the GAM tool, but haven’t found one.

We toyed with the idea of asking all users to reset their password on login, which would trigger the sign-in cookie clearing, too, but decided it was too risky. For now.

Next, we looked at extensions. Maybe some extension got in the way on some kids’ profile, since it didn’t appear all kids were affected. Maybe an extension or two was loaded by these kids (what they had in common), so we took drastic measures of limiting approved extensions for the student OUs to see if that helped.

We began looking out our OUs, too. We inherited a system (G Suite Domain Panel) that was setup a bit too complex, in terms of OUs (organizational units), and a real challenge to keep consistent in terms of users and devices (both in separate OUs). We’re constantly simplifying the OU structure as we go, and need to do more work in that area.

Over the weekend, we wiped a few chromebooks completely to see if wiping the device and re-enrolling it worked. And it did!

Next, we checked the setting for clearing profiles from devices (which would also seemingly resolve the issue – as we now believed that the profiles began maxing out local resources on the chromebook itself, only having 16GB or SSD to deal with, and discovered that there are multiple settings that seem to control this behavior. 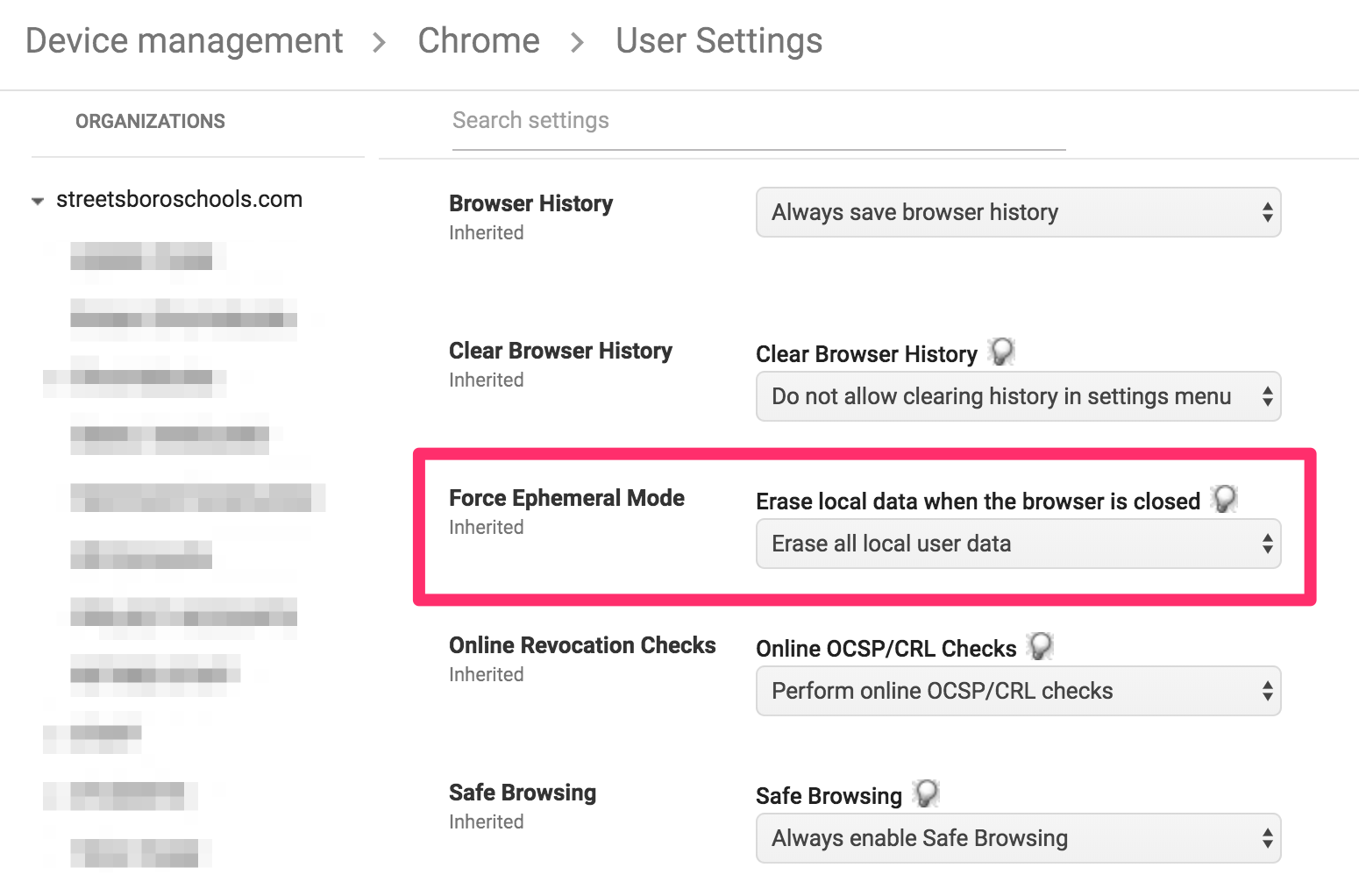 We set both to erase local user data on student devices to see if that would fix the issue. We also made sure each OU was set to inherit from its parent OU for easier management later on.

We’re hoping this will resolve the profile issue, and let all students login successfully. We’ll keep checking, and making sure edtech works for all students, all the time!

It’s never a dull moment in technology, and sometimes it’s a checkmark in the wrong place that impacts lots of devices…

This site uses Akismet to reduce spam. Learn how your comment data is processed.